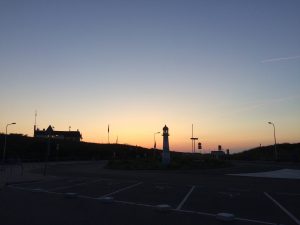 Whilst I was visiting my parents and brother in The Netherlands last month I decided to set myself another fun little challenge.

If you read my blog regularly, you may remember I had set myself a challenge when I was in The Netherlands for an extended break over Christmas and New Year. I’d created my own 21 day challenge, mainly to make sure I got out every day since it’s quite tempting to stay snuggled indoors when it’s cold and dark. Posting a picture on Instagram every day also made me feel accountable to go and do what I’d said I’d do!

As a result of that 21 day challenge I am now in a habit of going out almost every day, which is a pleasing consequence of my efforts.

You can read more about that challenge in a previous blog post titled “A Fun Little 21 Day Challenge”.

Inspired by that, and in the days leading up to my recent trip, I was coming up with ideas for a new one. Something fun to do every day. 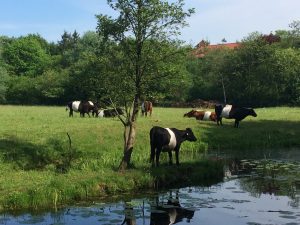 After mulling over a few ideas, I decided on taking photos of what I find beautiful in The Netherlands where I was born and brought up, posting them on Instagram and describing in a few words a little bit about each image.

Not only was this Dutch beauty challenge a lot of fun, it made me think about and pay more attention to my surroundings, sparking feelings of gratitude and appreciation in the process. It also made me reminisce and remember the good times, and some of the not-so-good times, but which have shaped me into who I am today.

I searched out a few favourite childhood spots. I noticed that there were things that had changed a lot since my childhood, like the centre of our village. But there was a lot still the same. I had a couple of ideas of what I wanted to take a photo of and share, but other than that I allowed myself to be surprised by what I remembered or discovered when I was out and about.

I remembered cycling through the woods and the spot where the mosheuvels (moss hills) were, which you were not allowed to walk over, but as kids we would dare each other to do it anyway. 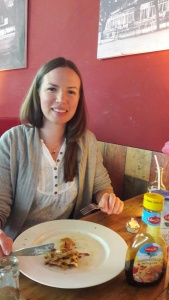 I remembered the pannekoekenhuis (pancake restaurant) near the dunes where we’d sometimes go and then play in the field in front of it. It’d had an upgrade so it didn’t quite feel the same as before, but it was still lovely to be there. And to have a yummy bacon pancake, my go-to choice for Dutch pancakes.

I remembered the beautiful sunsets I’ve witnessed from the strand (beach) and perhaps didn’t appreciate them growing up as much as I do now.

That memory in particular created a strong pull in me to take in another one of those magnificent sunsets, so when on my second evening back I looked out the window of my parents’ house and noticed the sky, I thought “Tonight is going to be a good one, and I really want to go and experience it!”.

I suggested to my parents that we go to the beach for the sunset and my dad happily came with me.

We were not disappointed.

My hometown is near The Hague along the west coast of The Netherlands, and has a light golden sandy beach that is part of the beaches that stretch along most of the west coast.

On that particular night it was quite clear and we could see some ships stationed in the North Sea on the horizon. When I squinted I could just make out the (controversial) wind turbines in the distance. I usually see them from the aeroplane just before we come into land at Schiphol airport.

Dad and I arrived about an hour before the time of the sunset that I had googled to check up on beforehand so that we could have a walk as well as watch the sun go down. We both had cameras with us, Dad with his DSLR and telephoto lens, me with my smartphone. 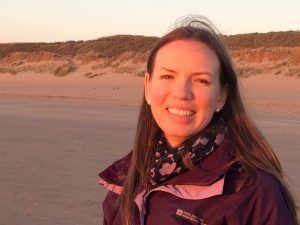 We headed south for about half an hour and then turned back when the sun almost seem to speed up in its descent, getting closer to the horizon and seemingly tucking in behind one of the ships. We sped up when that happened as we wanted a better angle to take photos of the sun disappearing below the horizon without the ship in the way! Although my dad took a few pictures with the sun behind the ship, and I thought they looked pretty cool.

The colours were spectacular, soft pink, yellow and blue. When we got a view of the sun without a ship in front of it, we stopped to watch, as did a few other beach walkers. It was cold but we were wrapped up and, well, the unfolding spectacle before our eyes was worth it.

I took a little 2 minute video of the sun making its exit, and dad and I discussed whether we would see the green flash or not. He said he thought he saw it through his camera lens, whereas I didn’t see it at all. When we were home later we looked at his photos on his laptop and thought perhaps he’d captured it. Hard to tell, but we’ll give it the benefit of the doubt! 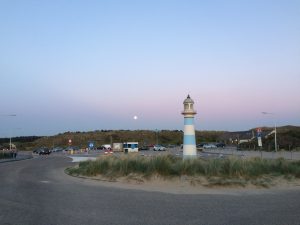 After the sun had gone down we wandered back towards the car park and saw the Full Moon in all its glory just above the top of the dunes. It was kind of magical seeing the sun to the west, and the moon almost opposite it towards the east.

One of my sunset photos then became my first photo for my 10 day Dutch beauty challenge. I was off to a good start! (click here for that photo)

What I love about these challenges I’ve done is how creative and expressive I can be, how it helps me pay more attention and appreciate what’s around me. It inspires me, my creative work and contributes to building up my wellbeing.

Especially when there are a lot of things going on in the world, like some “ugly” and upsetting things I feel I have no control over, it’s comforting to know that there is still so much beauty everywhere, not just in nature but in relationships with loved ones, kindness from strangers, hopefulness in our shared humanity and sticking together to make the world a better place. That joy can still be found each and every day – it is there, I just have to keep my eyes peeled or seek it out.

And then embrace it with all my heart.

If you’d like to see my Instagram photos (I love Instagram by the way!), please click here and follow me to see what I discover and explore as well as what inspires me. You can also see my 10 day challenge photos there.