As some of you who follow me on Facebook will know, I recently moved to Edinburgh, Scotland.

And a handful of you will know that I’ve been thinking about and talking about moving to Scotland, one of my favourite places in the world, for a while now. Yes, it has been a dream. And now this dream of mine has come true! 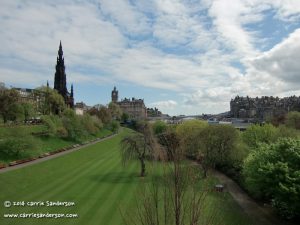 I believe in having dreams and visions of what we want – not what other people want for us, not what our head tells us we should want. No, it goes deeper than that. It’s about what we want from the bottom of our hearts. Those dreams, desires, wishes, can seem irrational to our minds. Or other people. We often try to explain why we want what we want – and then inadvertently talk ourselves out of it. Because the mind can’t explain it. The mind can’t find the words. It’s a feeling. A resonance. It just is.

That’s all you need to know or say. Of course, there are well-meaning people who are genuinely interested in the why – but again, I have to say that sometimes it’s better to keep your dreams to yourself or to a select few you can trust, who won’t squash your dreams in some way. Sometimes they may not even know that they’re saying something that can hurt your dream.

Protect your dreams, keep them sacred.

Believe in yourself, trust yourself. Have faith. It may take time.

Take inspired action, not forced action. Ensure you’re feeling good when you ‘work’ on your dreams – I’ve found it helps to keep up the momentum and I cherish the journey, as well as anticipating the destination.

I remember when I first had the inspiration about living in Scotland – I didn’t dare share it with anyone because it seemed so ‘out there’, so random. I’d only been to Scotland once; it was in the 90s to visit two universities that I was considering applying to.

I couldn’t shake the feeling. At first I thought maybe I was running away – had I caught the “grass is greener on the other side” syndrome?

The only way for me to find out was to start planning some visits to Scotland, to see what it would be like to be there.

What are your dreams and what small, inspired steps can you start to take to believe those dreams can happen for you?